What are the Different Types of Fireworks? 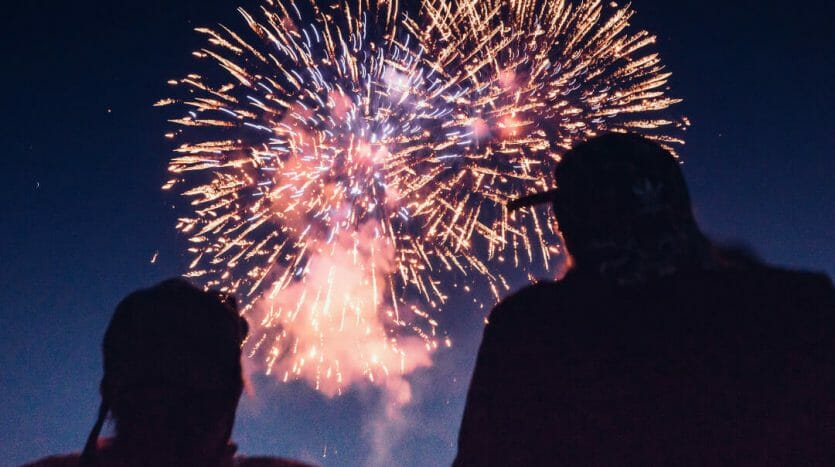 The fourth is coming, and the one thing that is wholly connected with the fourth is, of course, fireworks. Ever since that fateful day in July 1777, fireworks have been used to celebrate this country’s glorious day of independence. This is not only the holiday in which we remember just how our ancestors struggled for their rights in the American Revolution, but it’s also the day in which we honor all veterans, all honest public servants, and take pride in American culture and history. And what better way to do that then by lighting the sky up in beautiful, vibrant colors. However, if you’re new to fireworks, you might not know the various types of fireworks being sold in stores, market tables, and fireworks shops. So, we’re going to be going over some of the most unique and downright beautiful fireworks you could buy this fourth to help you honor your country.

This is one of the most unique fireworks you can come across. While the Catherine Wheel might light up the skies in colors, it will certainly leave your spectators in awe of what they are seeing. First, you’re going to want to create some distance between your audience and the firework. Then you light it up, run off while the firework goes off, creating a spinning spiral of hot colors. The Catherine Wheel will spin and spin, spreading its beautiful spirals until it all comes to a slow end. It’s by far one of the more unique fireworks out there, and if you get one with a lot of different colors, you’re bound to surprise all of your spectators.

Now if you’re looking to shower the sky with light that could rival the rays of the sun, you should look into mine fireworks. Mine fireworks fire a shower of fireworks into the sky, showing off a hot, orange multi-string display that matches the brightness of a camera flash. Keep in mind, however, these fireworks are noisy but don’t they light up the sky!

If you want to fire a variety of fireworks into the sky and leave your spectators in shock as to what your next firework is going to be, then a cake firework is the way to go. With unmatched unique patterns, you’ll never know if the next firework is going to be one that shoots up high enough to reach the sky and burst into a display of different lights or one that will reach the clouds and fizzle out. And just like Mine Fireworks and the Catherine Wheel, this type of fireworks contains more than just one color, and with a couple of these fireworks, you will have enough to make a good show for everyone watching. As they’re long-lasting, colorful, bright, and a whole lot of fun.

If you think that cakes are the biggest fireworks, you would be wrong. Barrage fireworks contain multiple cakes, jampacked with a mix of different fireworks such as Mines, Rockets (classic aerial fireworks that jump into the sky and burst into multiple colors), and Roman Candles (a single shot firework that leaves a bright, yellow stream as it shoots into the sky and leads the way with a bright, colorful head). Just imagine the amount of variety you could get from these fireworks. Lighting one up will shower the night sky with bright lights that will dazzle your spectators with every single firework that is shot up. These are, by far, the largest and loudest fireworks that you will ever find. Even if you only lit a couple of these huge multi-cake fireworks, you would have enough to make your night magical, spontaneous, and unforgettable.

Why the Fourth of July Is So Important

Regardless of what you might think about the United States, the fourth helps remind Americans everywhere just how we have come as a nation. We were once a colony before becoming a third-world country and then a global superpower. We’ve helped advance the human race by introducing radically new ideas regarding human rights, the government, and the military. We were one of the first countries to modernize, and while we went through many hiccups, obstacles, and other times of turbulence, we still preserved and prospered. We have everything right to celebrate our achievements and past, remember our struggles and hardships, and be thankful for where we are now. And what better way to celebrate than with fireworks! Happy fourth!

How Do Rising Interest Rates Affect My Ability to Buy a House?
Interesting Facts about Dwight D. Eisenhower