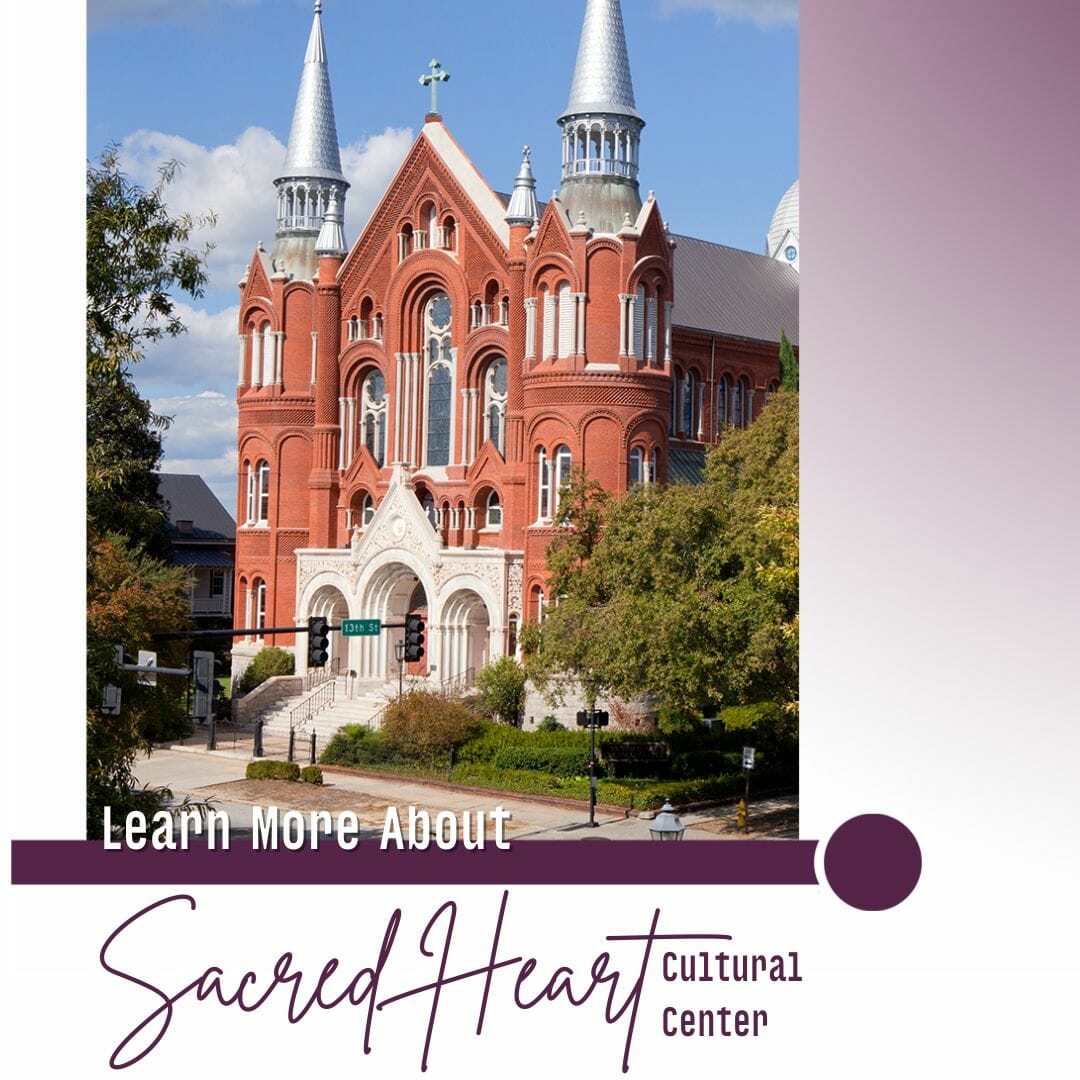 Augusta is full of rich history, and the Sacred Heart Cultural Center in the Downtown Historic District is a cornerstone of the area. If you’ve never visited the former Catholic Church, it is definitely worth the visit.

In 1874, Father Theodore Butler purchased a home and lot for $10,000 in Augusta and intended to construct a building to be used as a Catholic Church and school for children of various denominations. The first bricks for Sacred Heart were laid in 1897 and the first church service was held on December 2, 1900.

Sacred Heart is listed on the National Register of Historic Places and is truly a remarkable sight. It has twin spires, 15 distinctive styles of brickwork, 94 stained-glass windows, a vaulted ceiling and Italian marble altars.

The prosperity began to fade as the 1970s approached after 2 floods resulted in a mass exodus of the downtown population. More parishes were established in the area as well which created competition with Sacred Heart and unfortunately, they began to lose support. All of this combined with the constant maintenance demands contributed to its last mass being held in 1971.

Under its new title and place as a historic landmark, Sacred Heart is a beautiful venue for social and cultural events that is rented throughout the year for weddings, concerts and other functions. The old Rectory building now holds the administrative offices for local groups such as the Greater Augusta Arts Council, Augusta Ballet, Choral Society, Children’s Choral, Community Outreach, Augusta Opera, Augusta Symphony, Girl Scouts and the American Red Cross.

Both guided and self-led tours are available daily during the week from 10:00am-4:00pm.

March 2022 – “A Digital Magazine” by Beazley, REALTORS®
Inspirational Women who Make the World a Better Place