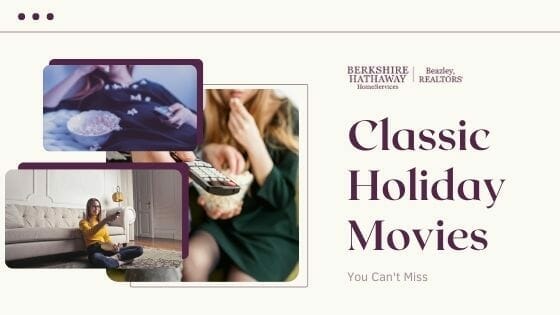 There’s nothing like a good cup of hot chocolate by a fire with your favorite blanket and a classic movie playing on tv. If you’re in the mood for some nostalgia, here is a list of classics to watch with friends, family, or for some self-care.

Starring Macaulay Culkin, Home Alone is the adventurous story of an eight year old who has to defend his home against a pair of burglars after his family leaves him home by mistake while they go on vacation.

Die Hard is an action film starring Bruce Willis. The plot of the movie begins on Christmas Eve, making it a popular holiday movie for action fans around the world.

Clark Griswold plans to have a memorable Christmas with his family. Filled with a Christmas tree farm mishap, parents and in-laws staying in the same place, and a citywide power outage caused by Christmas lights, this classic comedy is sure to bring about some laughs.

A guardian angel is sent to help a distraught businessman who contemplates what life would be like if he never existed. This heartfelt story easily became a classic.

One of the more modern-day films that has quickly become a tradition is Elf, starring Will Ferrell. It is a hilarious and heartfelt story of a human-sized elf who is bound to prove himself at Christmastime.

This is a series of vignettes narrated by the adult Ralphie Parker reminiscing on a Christmas past. It is such a beloved holiday movie that it is often played nonstop on Christmas Day on some channels, so you can easily catch it if you aren’t able to stream or purchase.

This is a Christmas comedy/drama that has been loved for years and is a holiday tradition for many.

Which movie are you most looking forward to watching this season? Or do you plan to watch them all? Grab your coziest blanket and relax with these great stories.