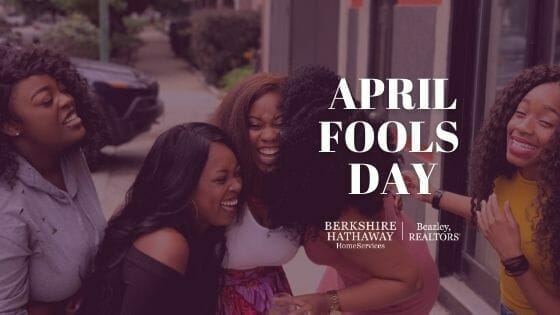 The holiday for pranksters has been celebrated for centuries by many different cultures, but its origins are a bit of a mystery. Some historians think it may have dated all the way back to the 1500s when France moved from the Julian calendar to the Gregorian calendar. The Julian calendar began each new year around April 1, so people who were slow to receive the news that it moved to January 1 were essentially deemed the butt of jokes, nicknamed “April fools”.

April Fools’ Day spread through Britain during the 18th century. The tradition turned into a two-day event in Scotland where people were sent on false errands for cuckoo birds. In France, the fool is called the poisson d’avril, or “April fish”. It is common for school-aged children in the country to pin a paper ish to the backs of their unsuspecting friends referring to a young fish who is easily caught.

Elaborate April Fools’ Day hoaxes on larger scales date closer to the 1900s, where newspapers, radio and tv stations would participate in reporting outrageous false claims that typically fool their audiences. Clothing companies have been known to advertise false clothing items such as “spray-on jeans” or adult-sized baby clothing.

Here are a few prank ideas for April Fools’ Day that aren’t TOO messy or harmful: