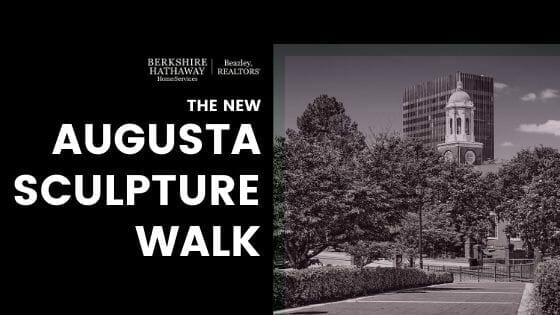 The newest outdoor attraction in the CSRA- Downtown Augusta is the Augusta Sculpture Trail. 120 artists from around the country submitted plans for ready-to-install sculptures, and the top 10 were selected and invited to bring their art to Augusta. The trail is expected to remain in Augusta for two years, giving the artists an opportunity to be professionally recognized and noticed for their creative talents. It’s also possible that the city could purchase one or a few of the pieces to remain in the city permanently.

The sculptures in Augusta are placed in close enough intervals that make for a fun and easy walking trail to explore the area. Certain spots use City sidewalks that help make them fully accessible for everyone to enjoy. There is also a digital walking tour produced by the Greater Augusta Arts Council that can help explorers learn more details about each work and the artist behind it while they are on the trail.

Here is a list of the sculptures on the Augusta Trail along with their creators and locations:

Click here for a detailed map of the Sculpture Trail, open until January 2023.