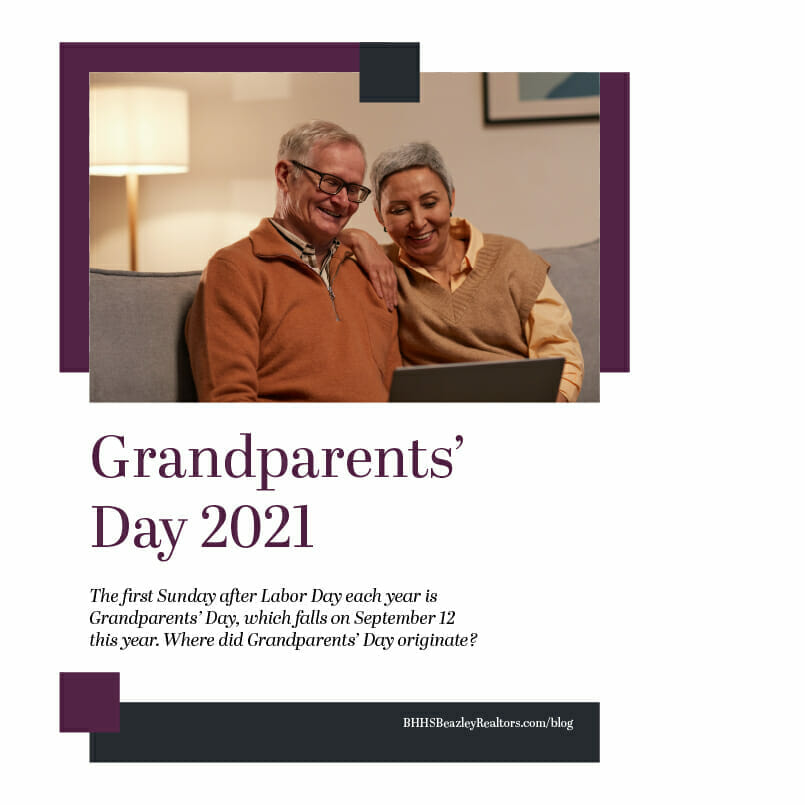 The first Sunday after Labor Day each year is Grandparents’ Day, which falls on September 12 this year. Where did Grandparents’ Day originate? Well, a 9 year old boy named Russell Cooper sent a letter to President Nixon’s secretary in 1969 suggesting that there should be a day set aside to celebrate grandparents just like we have Mother’s Day and Father’s Day. Unfortunately, his request was denied. Then, in 1977, a U.S. Senator introduced a joint resolution to designate the first Sunday after Labor Day each year as National Grandparents’ Day. Congress passed it and President Jimmy Carter signed off in 1978, making it an officially recognized holiday.

How can you celebrate Grandparents’ Day? Simply spending time with your grandparents or grandparent-figures in your life will mean the world to them. They typically have a lot of free time on their hands and would love a chat over a nice meal with their grandchildren. You could even organize a family dinner with cousins, if possible. This would be a great way to have everyone present to celebrate them!

If there are still concerns of Covid among your family or if grandparents are limited to visitations in an assisted living community/nursing home, set up a video chat with them. Chances are the last year has left them feeling isolated and they will appreciate the sense of connection even if it is only through a screen.