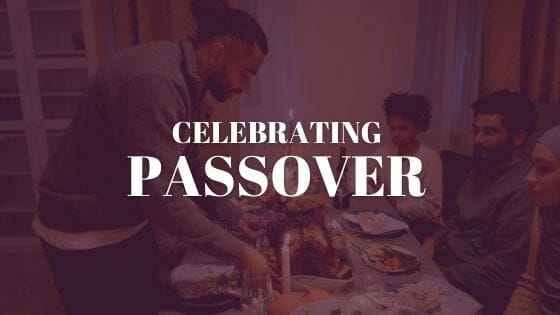 Passover begins this year on Saturday, March 27th and ends on Sunday, April 4th. If you are unfamiliar with the traditional Jewish holiday, here is a quick history of its origins and how it is still observed.

Passover commemorates the story of the Israelites’ freedom from slavery in Egypt, mainly covered in the books of Exodus, Numbers and Deuteronomy in the Bible. The festival traditionally lasts one week and is observed with a number of important rituals, including a Passover meal known as seder. It takes place on a different date every year because it does not follow the traditional Gregorian calendar, but instead follows the Hebrew calendar which commands from the book of Exodus, chapter 12 that unleavened bread is to be eaten from the 14th day of the month at evening to the 21st day of the month at evening.

Seder is the religious feast that takes place during the first two nights of Passover. The story of the Israelites’ exodus from Egypt is read aloud and rituals are performed that go along with the narrative. For example, vegetables dipped in saltwater represent tears shed by the Jews during their time in slavery. Bitter herbs such as horseradish stand for the unpleasant years of their bondage.

One of the most important Passover traditions is removing leavened food products from the home before it begins and steering clear of them for the duration of the week. Instead of bread, a flatbread called matzo is eaten. The tradition takes place because the Hebrews fled Egypt with such haste that they had no time to wait for their bread to rise, or it could have been that matzo was lighter and easier to carry through the desert on their journey to freedom.

A basic storyline of how Passover came about is that the Pharaoh of Egypt at the time was fearful that there would be too many Jews living there, so he proceeds to enslave them and demands the murder of male Jewish babies. Moses, one of the Jewish babies who was not supposed to survive, was saved by his mother and midwives and adopted by Pharaoh’s daughter. After a series of events, Moses is told by God to go and free his people from slavery. Each time the Pharaoh denied Moses’ request, God struck a plague on Egypt. They range from darkness, lice and boils to the last and darkest plague, the killing of Egyptian first-born children by an “angel of death”. The Israelites would mark their doors with the blood of a lamb in order to protect their children and the “angel” would pass over their doors. The Israelites were ultimately freed from slavery and Passover is celebrated in remembrance of God sparing them and protecting them in their distress.